The Ageless Wisdom & The Great Work

” You must wholly alter your conception of sex in order to comprehend the Ancient Wisdom. It is the interior nervous organism, not the external organs, that is always meant in phallic symbolism, and the force that works through these interior centers is the great magical agent, the • divine serpent fire.”

“Learning to control this magical agent, is part of the daily work of every student of the Ageless Wisdom ..
1. The sex-force has other uses than reproduction;
2. its misuse may consist either in employing it  for mere sense-pleasure, or else in repressing it, because it is supposed to be inimical to spiritual growth.

The needed subjugation and control of the serpent fire energy ,sexual energy in The Great Work is symbolised in the Tarot Card Strength.

“Clean living and control are indispensable. Control, however, implies right use, not suppression. ”  +  Transmutation.

” The third stage of unfoldment, though it makes use of, and modifies, the nerve-force which is ordinarily employed in the sex function, has nothing to do with that function itself. Right meditation releases and lifts up the “serpent-power,” (Kundalini) stored in a nerve center  at the base of the spine. In Yoga philosophy this is called the Muladhara chakra, or basic lotus. In modern physiology it is related to the sacral plexus. In these lessons it is called the Saturn center, and is thus  directly connected with the planet which rules the sign Aquarius. In meditation the force stored in this center is made to rise, so that it en-ergizes, in succession, six other centers, of which three are in the body,  one in the throat, and two in the head.

One step toward control is to establish a clear intellectual perception of the truth that all the various forms of physical existence are merely transformations of this one energy. All are disguises for the one thing. The essential nature of the one thing is Spirit. ”

” The conditions underwhich it (personal kundalini aspect ) may be brought into activity safely include ; purity of mind and desire, high aspirations and ideals ; utter unselfishness in actions. Fortunately it is dormant in most persons. We say “ fortunately” because it’s a tremendous force, as potent for destruction debasement as for integration and illumination.
It may not be trifled with. ”

Hunger and thirst are the two aspects of desire.

” Excerpt: On the astral or desire plane, within the astral body of the aspirant, must this balancing process be wrought out to completion. This is the great battleground, symbolized so beautifully for us in the human body, with its three higher centers, its lower energy focal points and that great middle center, the solar plexus, typifying the astral plane and its work. It will now be apparent why the two sutras are read as one, for they cover one completed work.

After achieving some measure of equilibrium, the aspirant learns to perfect that balancing process and gains the power to stand firm and immovable, preserving an unshakable equilibrium between the pairs of opposites. The nerve, called “kurma-nadi” or the “tortoise tube” is the physical correspondence to the point the aspirant has reached “

The true significance of the above sutras which are here bracketed together, grows out of an understanding of the transmutative process and the transference which is effected in the solar plexus.

The energy of the sacral center which feeds the generative organs is in due course of time transferred into the throat center. The creative process is then carried on by thought, sound and the spoken Word. Hunger and thirst are the two aspects of desire, the one, hunger, being positive, masculine and grasping; the other, thirst, being negative, feminine and receptive. Those two words are but symbols of the two great impulses underlying the sex impulse. When these impulses are dominated and controlled, then the energy of the center lying behind the organs concerned, can be carried upward to the throat, and hunger and thirst are arrested in the esoteric sense. It should be borne in mind here that these two words are the physical plane analogies to the great pairs of opposites which the yogi has to balance and which he does balance when the solar plexus is performing its highest function.”

” Hitherto the mind has either been prostituted to material ends or has been deified. Through the science of Raja Yoga, the mind will be known as the instrument of the soul and the means whereby the brain of the aspirant becomes illuminated and knowledge gained of those matters which concern the realm of the soul.

.
It should be noted that the translation is not literal, and is not an exact definition of each original Sanskrit term. It is an attempt to put into clear and understandable English the exact meaning, insofar as it is possible to do so through the medium of that non-elastic and unimaginative tongue. The student may find it of use in the study of these sutras to compare the rendition here given, with the various other procurable translations. “

“Here we approach the difficulty of Ageless Wisdom. In order to persform the Great Work, we must undertake the initial stages as if we were doing something of our own volition, by our own power. Certainly it seems that way . It involves a distinct sense of effort. There is deliberate exercise of power. ways and means are carefully selected. The initial steps in the Work requires strict self-dicipline. No person who does not dereminendly “ Take himself in hand” ever performs the Gret Work of regeneration .

Because few persons have courage and persistence to continue the preliminary work in spire of its appearent fruitlessness, and because not many choose to practice resolute denial of self will required by every occult system of discipline, the number of adepts in proportion to the worlds population is small. No suspension of the discipline, for any reason whatever, can be made for the adherents of any school or teacher. The discipline is not imposed by men or higher beings. It is the consequence of natural laws of physical and mental growt. ”

” The true function of personality is an instrument for Divine Will.” 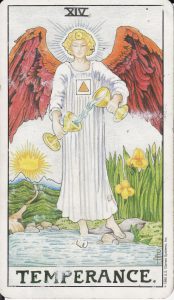 ” The Vase held in the Angels hand in the card Temperence show that The Great Work cannot succed, unless human personality is taken in hand by the Higher Self. ”

“The attitude of personal surrender it typifies is developed in the fifth stage of unfoldment. In this mental attitude, which is exactly the reverse of that held by most persons, we learn the secret of true repose, the arcanum of eternal rest. For when all things, from least to greatest, are done through us and not by us, then fatigue is banished. He who is really guided by the Life-power in all things wastes neither time nor strength. Best of all, such a person has forgotten how to be anxious about anything.”

“The Life-power is the real, and only, Artist. It accomplishes the Great Work in and through us.”

” People of little understanding are always bringing against this teaching the accusation that by it men seek to save themselves. It is, they say, an endeavor to lift man up by his own boot-straps. This is untrue. Ageless Wisdom again and again proclaims the folly of the man who thinks he can save himself. It tells us that little by little the Life-power ripens its personal centers to the point where they become able to understand and apply the perfect law of liberty. Each person s liberation is a particular fulfillment of cosmic law, and from another point-of-view we must regard it as being a true work of “grace,” as an example of the perfect self-impartation of the One Life to one of its personal aspects. “ 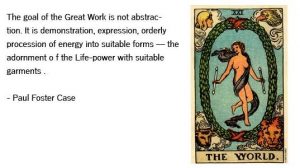 •  Important questions in self -evaluation in the Great work of the Ageless Wisdom.
“ Is my study and work transmuting the base metal of my personality
into gold of real attainment ? Are my desires becoming purer , my
mental processes clearer , my intuition better defined ? “

” The Ageless Wisdom is an expression of direct experience,
possible for all, but known to relatively few.”

” I have said that the regenerated man has a Solar con-
sciousness. Other occultists speak of his having a solar
body. The two statements are really one.

• Another way of expressing similar what Paul says here  is when the Solar consciouness dominate or have subjugated the lunar forces of the body , when the SOUL light (light of the Solar Angel ), when that Solar light is pervading the whole microcosmic system, and is the only light on the microcosmic heaven and not the lunar light or lunar pitris,
Further understanding can relate to other stages of identification with the Solar Logos of this solar system…and Solar Intelligence 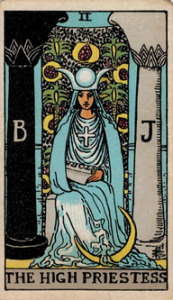 The greater goal of ´The Great Work´ is to be fit for service and take part in ones share of the ´Greater Work´ .