Transfiguration .. and ´ Crucifixion´ – the cross ✛ symbolically ; the sacrifice /death of the´ lower egoic personality´ upon the cross,  transmutation and purification and lifting of the lower energies into the higher ; heart is bridge between the 3 below and the 3 above main centers /chakras –  is real opon those willing to do The Great Inner Work…

The Second Birth into the Light within the own Temple /body.

The physical body is the 1st manifestation, on this level, of the soul or higher self temple, a temple of light.

or 7) Re-Configuration back into a more ´source-coded- immortal – template- state´ , or  to a more ´blue printed version´  as before the Atlantean planetary fall.
.
..

” Lifting of the lower energy into the higher centers  “

* Transference, lifting of energy transmuted through the Solar plexus :
Base to head, hara to throat and solarplexus to heart.

Or ´triangular spoken´  transference of energy from the lower triangle into the higher triangle. 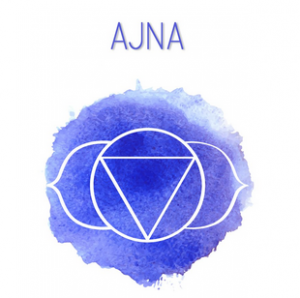 The Soul ruling its Temple from ´ The Throne between The Eyes´

The ´upward journey´ back to the original Soul Seat.

.
Polarised / Centralized in ´The Ajna Center´ .

And energy Transfererence, transmutaion and upliftment of the lower to higher centers ( and higher triangles ) ; Base to Crown, Hara/Sakral to Throat and Solar plexus to Heart

Ideally the  higher spiritual energy dominating the base center and brain .

.
Source to Crown, Source to base, and Base to Crown ( fire ) configurative and figuratively speaking.

The Higher Self controlling the brain .

The Higher Self, on The Throne Between The Eyes.

´can turn inward on themselves´ to receive, be conditioned by / nourished by and run only ´higher self ´/ or soul energy …, source energy,

which in highest potency possibility creates a strong ´force field´ immune to / repelling off sickness, death, decay, stress and fear etc of this world and the astral ´ soul /energy harvest plane´ .

Regarding  the *chakras ; the deeper down one go in cleansing & balancing of chakras, the higher up one can go – at least in a fully balanced, stable way, that is grounded . … 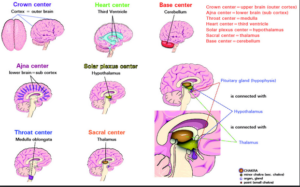 ☆ ´ Ressurection ´  :  After death, crucifixion, obliteration, transmutation, purification, sacrifice´  of ´the lower egoic personality´,  can allow ´after a certain point ´ the ´higher egoic Soul personality´ to be without its ´lower reflection´ .

Towards the Within  ……  in matters esoterically, symbolically, occult,  metaphysical and somewhat literal, and metaphorical  …. words can never describe fully ….
weather written in poetry, allegories, metaphors or ´concrete knowledge´.

The Keys to the mysteries  and true knowledge are within, for each to find, experience … on their own path.

A thousand books can be read, or lectures heard but if Knowledge is not Internalized to be made ones own and experienced, realised, and Eksternalised into ones own practice it remains just words and theories .

A sacrifice ´of the lower´ is always an act of free will
a free willingness to Higher self will, spiritual will, divine will be done ( thy will not mine ) or Higher Will to Service …

The process or ´Path ´ of ´obliterating´ or absorbing the lesser lights into the ´greater lights´
or into the more ´refined purified light ´, for at -one -ment , can continue as follows ;

As the ´lower egoic personality ´ can be ´crucified´ so can the ´Higher egoic Soul Personality´ = the end of the ´causal body vehicle´  ( ´Higher Temple of Solomon´ ) ; the ´crucefixion or the burning of the soul ´ , the dissolvement of its  ´permanent  atoms´. The dissolvement , or * ´ The Burning of the Soul ´, as it is ´sacrificed´ for the greater light of the becoming Spirit presence, ´allows´ the unification.

Burning allows removal of veils /filters , through burning of the Inner Fire (s ) higher & lower fires. Allows the Spirit within to be without its ´lower soul reflection /densification´ .

Completion of △ Triple Fire Work, Micro and Macro Cosmic
The merging of the higher triadic /monadic fire with the mental fire and lower fire of kundalini..

Through Transmutation, fire and sacrifice,
onward shifts to higher and higher polarizations (from lower egoic polarization to Soul (higher ego) polarisation, to Triad. Spirit/-Monad (´higher self of the soul ´ ) consciousness polarisation etc.

Re the Ancient Symbolic of the Rose for Desire symbolically, as in the progress of changing or transforming the colours from deep red at some
point crossing over (purified /  purifying  ) blue to white eventually.

In other analogies The Rose is used also to symbolize the Personality , which is to eventually (in one terminology ) to be refined, purified, tranfigured  and Sacrificed … and eventually crucified upon the  the cross symbolically speaking ; The Rose on the Cross.