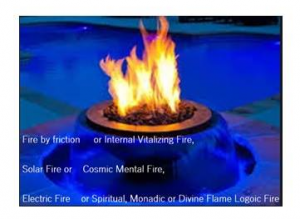 Triple Fire Work, Micro and Macro Cosmic
The merging of the higher monadic fire with the mental fire and lower fire
of kundalini.