“The Solar Angel (Soul ) collects himself, scatters not his force,
but, in meditation deep, communicates with his reflection.”

When the shadow hath responded, in meditation deep the work
proceedeth. The lower light is thrown upward; the greater light
illuminates the three, and the work of the four proceedeth.

The Energy circulates. The point of light, the product of the labours
of the four, waxeth and groweth. The myriads gather round its
glowing warmth until its light recedes. Its fire grows dim. Then
shall the second sound go forth.

Sound, light, vibration, and the form blend and merge, and thus
the work is one. It proceedeth under the law, and naught can
hinder now the work from going forward. The man breathes
deeply. He concentrates his forces, and drives the thought-form
from him.

Three things engage the Solar Angel before the sheath created
passes downward; the condition of the waters, the safety of the
one who thus creates, and steady contemplation. Thus are the
heart, the throat, and eye, allied for triple service.

The devas of the lower four feel the force when the eye opens;
they are driven forth and lose their master.

The dual forces of the plane whereon the vital power must be
sought are seen; the two paths face the solar Angel; the poles
vibrate. A choice confronts the one who meditates.

The Agnisuryans respond to the sound. The waters ebb and flow.
Let the magician guard himself from drowning at the point where
land and water meet. The midway spot, which is neither dry nor
wet, must provide the standing place whereon his feet are set.
When water, land and air meet, there is the place for magic to be
wrought.

Condensation next ensues. The fire and waters meet, the form
swells and grows. Let the magician set his form upon the proper
path.

As the waters bathe the form created, they are absorbed and used.
The form increases in its strength; let the magician thus continue
until the work suffices. Let the outer builders cease their labors
then, and let the inner workers enter on their cycle.

Three things the worker with the law must now accomplish. First,
ascertain the formula which will confine the lives within the
ensphering wall; next, pronounce the words which will tell them
what to do and where to carry [xiv] that which has been made;
and finally, utter forth the mystic phrase which will save him from
their work.

The web pulsates. It contracts and expands. Let the magician seize
the midway point and thus release those “prisoners of the planet”
whose note is right and justly tuned to that which must be made.

The magician must recognize the four; note in his work the shade
of violet they evidence, and thus construct the shadow. When this
is so, the shadow clothes itself, and the four become the seven.

The sound swells out. The hour of danger to the soul courageous
draweth near. The waters have not hurt the white creator and
naught could drown nor drench him. Danger from fire and flame
menaces now, and dimly yet the rising smoke is seen. Let him
again, after the cycle of peace, call on the solar Angel.

The fires approach the shadow, yet burn it not. The fire sheath is
completed. Let the magician chant the words that blend the fire
and water.

-A Treatise on Cosmic Fire

´ Although I am unborn and my true nature imperishable,
manifested I am in this world through the ´magical powers´
of my soul ´
B. Gita , paraphrased
or re- created through the magical powers of the soul and siddhis .
. 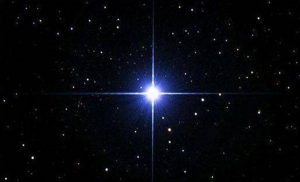 .
The Magician meets a cross road on his way.

One path preserves his integrity,
in connection with a greater integrity.  Another path doesn’t.

The  ´magi´ know that the tools /keys to rebuild
his own body (layers),  is known /realized /actualized
through his own self mastering,  and self discipline.
The  ´great magic work ´ is initially
applied inward within his own body temple.
.

Transmutation and purification of denser
and less denser layers and master /control the lower
nature and lower subtle bodies . The 3rd Eye (not
pineal gland) can be used as tool to destroy and rebuild.
White magic of the Soul or The Souls Great Magic Work
with its lower bodies.
.

The magic worker  knows about upbuilding of forms
and worlds and the elements, knows  about destroying,
sustaining, creating fires and sound s .
.

Knows how to control the thought- fire.
A calmed thoughtfire btw, the stillness, can allow the
lower kundalini  fire  to move upward naturally.
.

The thoughts are seen essentially as tools for the
Higher Self,  or the thought functioning.
The Eye-focus is a tool, also as is sound and will.
.

.
With ´White Magic ´ I don’t refer to any traditional
outward vertical –horisiontal practice,
but an inward applied knowledge of self and elemental
body layers used in rebuilding of the temple,
by the ´Higer Self´ .
.
.

Which mean also the  magic I speak of has
nothing to do with using spells, invocating spirits,  the own or Inner
Spirit is the only spirit of your  temple,  choosing a
tradition  or any worship of ´deities´.
.

When the temple is rebuild and the persona
transmuted and purified, the  magis basic  work is done.
.

After the destruction, the temple will  be rebuild,  it is not
a temple of stones with priests and worship it is a
temple made of bodily cells, a living temple for the living spirit.

Eventually ´The Higher Temple of Solomon ´
( to use a metaphorical speaking ), or
the temple of the soul on its own plane
can be destroyed as well.
.

The rebuilding and transmutation of lower subplanes
´matter substance´ of the physical, emotional, etheric and
mental planes into more refined ´matter substance´
of the corresponding higher subplanes and highest atomic subplane and
transferring the consciousness  into the higher. Aiding in this
rebuilding  of the subtle bodies and physical body into
higher matter substance of each
sub plane is also ; mental discipline, emotional
transmutation and healing, clean food (vegetarian / vegan ) fruits,
nuts, seeds, plant, vegetable foods , and generally
living a clean life.
Vegetable foods with prana and
organic to avoid pesticides, herbacides, gmo et
cetera.  Generally speaking a  high amount of vibrant raw foods can
also can be very healing for the organs, cells,
blood et cetera and supportive of the the bodys
own self- healing abillities.

Energy in it self is neither good or bad,
´white magicians´  use the same universal energies
as the´ black magicians´,  the Intent + method differs .
However on the ´white path´
the devas and  elementals that work on the involutionary
path are not used for ´selfish gain and dominion ´ .

There may be several definitions and applications of ´Magic´ inbetween,
the 2 opposites mentioned, but of which I will not speak much of  in this
text. I dont mean ´circus magic or anyother illusionary tricks´.
But par example in simple meaning reprogramming,
overwriting  or healing ´negative habitual brain patterings´
into new pathways  by applying thought, visualization or will
for the desired outcome / renewed state can be ´magical work´
seen from one perspective .

Or  brain patterns , ´path ways´, ´re – configured´ in to
higher vibratory  patterns, par example by meditation,
meaning also ´magic´ crossbordering into science in a way.
Science of biology,  science of nature and science of  higher nature,
spiritual science by some definition, or transbiological science
area and science of consciousness. But generally also esoteric
elemental science.

So many things of healing and science, and
higher knowledge, also using sound to cause levitaion of objects,
which also can be done by psychic power and will, were known in
the past or past civilazations, and bilocation, moving at will and
teleporation, stargates and et cetera, everything in this world has
just generally been ´dumbed down and disconnected. By science
generally speaking  I dont neccessarily mean devoid of spirit, as there exist
spirit-science.
The use of levitating heavy objects or stones by sound; magic or science (?)
Or magic to some, and simple science to others, or crossbordering. And the
using of psychic power or sheer will to lift a stone ; magic or psychokinetic
science (?) et cetera.
.

General ´Creational Magic´.
A thought is a seed,  a seed thought. The Magician draws upon
The Light of the Sun for his garden and plants his seeds
with care, and water them not with worries, fear or
doubt. Seed thoughts flower forth into the garden of
creation, and the subconsciousness.  What garden are
you creating !
.

Return to the original text .
A lot of the devas, and elementals and ´little formbuilders´
on the involutionary path began being  mis-used in Atlantis
for selfserving intentions,  for dark purposes and for power
and physical desires .
.

The white path, the black path ; Each path is ´karmic consequential ´. . .
or should we say every path is karmic consequental in the
meaning of cause and effect, accountabillity, and how the
law and natural laws work.

´Misused ´in understanding has been often,  how we interact
with and for what purpose with the different lines of evolution
in the perspective of their functionings and primary purspose
in them self .
And how we in that regards interact with the involutionary
and evolutionary forces of the current universe system.

The Deva evolution, the human evolution
* the ´ human form configuration ´
is integratable  with the Angelic evolution,
and so theres also Solar evolutions, nebulae evolutions
and et cetera ..

.
Some magicians who ´unwisely contact and use devas and
elementals´,  can have the risk dying different kinds of
´occult deaths´ ;  occult deaths related to air, water or fire par
example, and actually also a literal one can be consequence.
Wrong or unwise contact with devas and elementals can effect
negative into the physical or subtle bodies.

NB: I am not specifically ´advocating´  books by Bailey, regarding  the mentioning of the 15 rules, however examples has been given of an ´occult white way of magic´  as of an old or  ancient way . . .
.

Everyone should use great discernment for themselves – in everything and in every litterature.
.

One of reasons for great discernment  generally speaking,  is that much in these earthly and ekstra eartly layers are and have been contaminated and infiltrated for a very long time . . . . .