Eksample of a ´distorted teaching´ ;
Some right knowledge, some wrong explanations, and maybe ´wrong solutions´
applied to a bodily / planetary system,  and in some cases blended with ´ false history´
or ´insert replacements´.

The idea of ´right knowledge´ may differentiate acccording to who we are, and individual
body/ spiritual system. . . .
In this context I mean ´ universal streams of knowledge´ par ex untainted by dogma, religion,
man, and Et-mindcontrol. .
So in regards of being  ´untainted´ in that sense ´pure knowledge´ .

What reasons can there be for ´dirstorted teachings´ . Par ex ;
1 ) Ancient old distortions carried on, or new created, glamor, planetary distortions.
2 ) Much in these earthly and ekstra earthly layers, on a general level, are and have been

Dependence on outer teachings, guru figures vs inner truth, authority.
The more dependent people become on some outer guru figure, speaker
etc. the less independent they become in their own inner truth and authority,
higher self. When people do this for ongoing many years the heaver it seems
they get infiltrated, implanted, mindcontrolled and even ´addicted´, repeating
like parrots.

Symbols, esoteric and occult symbols or ancient symbols of the universe and cosmos.

Symbols like ´energy´ are not ´bad´ in themselves, however intent, use and method has
something to say.

Nobody owns the ancient symbols of the universe and cosmos,  but different groups/
societies / traditions/ religions / times have used them and some have their own
intepretations of them and ´creational print´, coding or ´overlay´ on .  Some symbols
may have been re-coded with distortions and some symbols are ´ distorted mutations´
or ´inversions´compared to a more ´ blue printed version ´.

An example of a symbolic   ´inversion´ used  ; ´The CIA peace Sign´, Death Rune 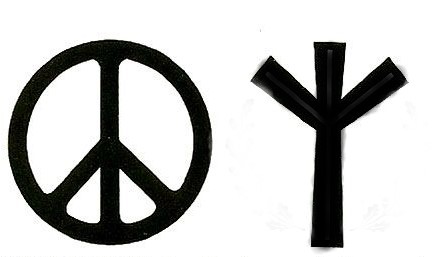 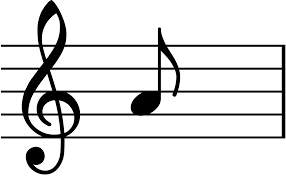 Do you know what mku ( mk ultra ) love bombing is ?
It is a technique used to manipulate and brainwash. Love bombing is a psychological
mind-control technique that is used by cults also. Generally speaking it can also be
said that love bombing encompass quantity over quality. I see ´spiritual new age internet
communities´ where love bombing happens, I am not saying that it is pr definition done
intentionally by everyone to ´brainwash´ some people may do unknowingly, but looking
deeper beneath the surface there are agendaes behind the whole ´ new age scene´ , some
of which may also express as ´spiritual bypassing´ and ´glamor blinds´ on the surface.
Glamor blinds also in the forms of visual pictures. .