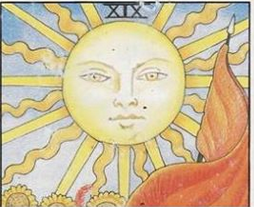 On Ruling the  Stars or being ruled ;
:
When the Soul Master its Temple it can rule its Internal Stars (chakra /wheels) and they can become pure mediums for Soul force and distribution of soulenergy – And in that mastery the Soul ( or the yogi ) can also rule the Inner seasons or cyclic impulses, or least not be effected by them.