Faculty of Discrimination, and the Harmony of Intuition and Logic.

.
Faculty of Discrimination to discern between illusion and real, and between true and false.

The Light Of The Soul or Spirit  poured into the Brain aids in great discernment ability, to See through glamor and illusion.
.

.
´Sword of  Light and Discernment´
.

A Sword is an instrument capable of making clean sharp cleavage and division, Metaphorically a symbol of the faculty of discrimination, Discernment is a Gift of Spirit to discern True from false, the Power and abillity to see ( the ) diffference.

.
´ The true meaning ´ of using the sword metaphorically and literally, to dissipate in light and fire, and cutting ´weed´ by its evil roots.
.

By ´ higher intuition ´  I  refer to that of the Soul or Spirit
in contrary to ´ lower phychisms of the animal nature in man ´.

Wrong deductions and incorrect reasoning can create errors in the subconsciousness and distort further registrations, conclusions and ´conscious thought´ until corrected. Right knowledge comes (among other things) from correct (or clear) observation ( or witness), correct (or clear) perception (or intuition) and correct deduction. The subconsciousness is like a garden, weather weed or seeds of right knowledge is sown it will grow.

True Intuition and Logic are always in Harmony and can work perfectly together; and Logic can be ´transcendental´ and can be in greater perspective ; can be/ involve understanding of the micro-macro cosmic,´ as above so below ´, geometry,  universal, holistic, planetary, mineral, plant, animal, human, solar of ´things´ inter relatedness,  sequences and natural ´cause and effects´ upon eachother ;

there are some laws or fact(ors) that apply both to an atom, a man, a planetary logos and a solar logos.

It is Inner Self Aligning not accepting ´truths´ / things as true that Is not embodied or self-realised, or not in ressonance with ones highest intuitions,  and speak against ´ logic in greater perspective ´ if tested with that also.

Common sense and logic seem  for a great deal to be part of ´spiritual bypassing´.

Taste as Faculty of Discrimination / Discernment

.” The Seer is pure knowledge ( gnosis ). Though pure, he looks upon the presented idea through the medium of the mind. ” – Raja yoga sutra

Direct cognition of the Seer or yogi centered in the consciousness of the self.
. 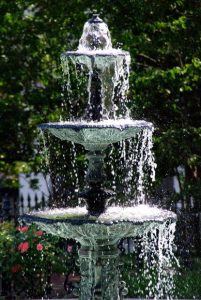 Fountain_s of Gnosis , Fountains of Knowledge …

Everyone should use great discernment for themselves – in everything and in every litterature.
.

One of reasons for great discernment generally speaking, is that much in these earthly and ekstra eartly layers are and have been contaminated and infiltrated for a very long time . . . . .