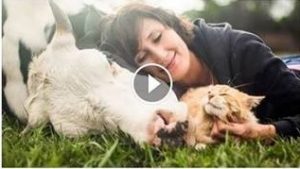 .
And plant nourishment give ´liberation from the death of the animal´, I mean  by not ingesting death-horrmone.
.

Thus why ; the evolutionary development of plant vs animal from the perspective I see, eating plant food is a choice of “ lesser evil “.

It  takes far more plants and water to feed animals to feed humans than just plants to feed.

Caring for the land and plants * Demeter was the first ecological label for bio-dynamic organically grown with a Holistic view (in our time) and prohibition of genetically engineered organisms.
.

Demeter was the first ecological label for bio-dynamic organically grown

with a Holistic view (in our time) and prohibition of genetically engineered organisms.

The Certified Demeter mark is different from just ecological or órganic. Demeter was the first ecological label for Bio-Dynamic organically grown with a Holistic view (in our time) and prohibition of genetically engineered organisms. Where as some ecolabels allow CMS hybridization, cell fusion of different sorts vegetables with others by use of par ex chemicals, genetic technologies and electricity. The Demeter forbidden these Cms hybrids, some others have forbidden it too.
.
To avoid these kinds of hybridization, also means using certified Bio-Dynamic seeds for the home garden, flowers, plants, veggies.
.
There is great difference in taste and feel with with something truly bio-dynamically grown, vs ´ standard ecolabel ´.. re the hybrizations and all.

* I feel in a more original Source connected /activated/ nourished body, to be ´unnnatural´ to take in food from the outside. Dont eat much anymore, raw vegan,still create muscle when I train, besides intitially I dont feel its natural to eat anything from the outside * , also not natural ( ´this is a recreated unnatural system with recreated bodies´ ) I feel to take in protein from the outside but to create self what is needed, experinced multiple times that outside protein gives me nausea.
Also I dont want the blood, (or flesh) of  another  being into my bloodstream, my blood is sacred lifeforce, in which spirit is reflected.
..
.
.

Generally speaking pretending ”to save lives” by the exact means and ´energy link´ of abusing, exploiting and torturing other living beings encaged, restrained without any abillity to move.

Also alternatives for animal testing have been developed for very long, artificial human tissue, dermatological testings and other advanced testing metods as well but for reason there are multicoorporations – $till rejecting that.

And they do recieve money too – or they are granted money to cruel animal testing from governments funds, ´blood money´. Alternatives has been developed for something that should never have happened in the first place . . . . Reminicents of evil experiements, dark sciences and anti-life agendas in Atlantis. degenerated evil science cut of from true holistic perspective.
.

And what are the general consequence of that humans think they are the most important on this
planet for themselves, for nature and animals ? devestation, misery, imbalance.nce, and . . . .

.
The Nuremberg Code subverts human health and safety by requiring animal modeling
https://pubmed.ncbi.nlm.nih.gov/22769234/
.
Summary: ” We conclude that the requirements for animal testing found in the Nuremberg
Code were based on scientifically outdated principles, compromised by people with a vested
interest in animal experimentation, serve no useful function, increase the cost of drug development,
and prevent otherwise safe and efficacious drugs and therapies from being implemented” .
.

Background: The requirement that animals be used in research and testing in order to protect
humans was formalized in the Nuremberg Code and subsequent national and international laws,
codes, and declarations.

.
Discussion: We review the history of these requirements and contrast what was known via science
about animal models then with what is known now. We further analyze the predictive value of animal
models when used as test subjects for human response to drugs and disease. We explore the use of
animals for models in toxicity testing as an example of the problem with using animal models.
.
. 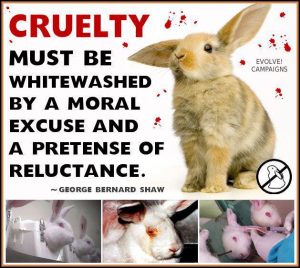 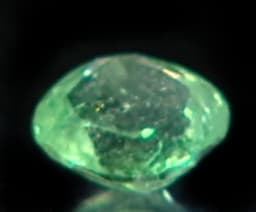 Generally spoken a culture of consumerism of spiritual disconnectednees, par example not many would want to follow the sentient animal on its deathrow trip, feel its stress and mortal fear as it gets hormonally infused into its blood and flesh, there are human angsts, fears, that can originate from ingesting these toxins .

Animal beings are not just something/somebody, they are also moms and dads, and animal children with parents and sisters and brothers and animal friends, close bonds of family and animal friends . * Especially the ´meat & diary industry´ has no respect for animals close parent, family and friend bonds where they are constantly ripped apart.